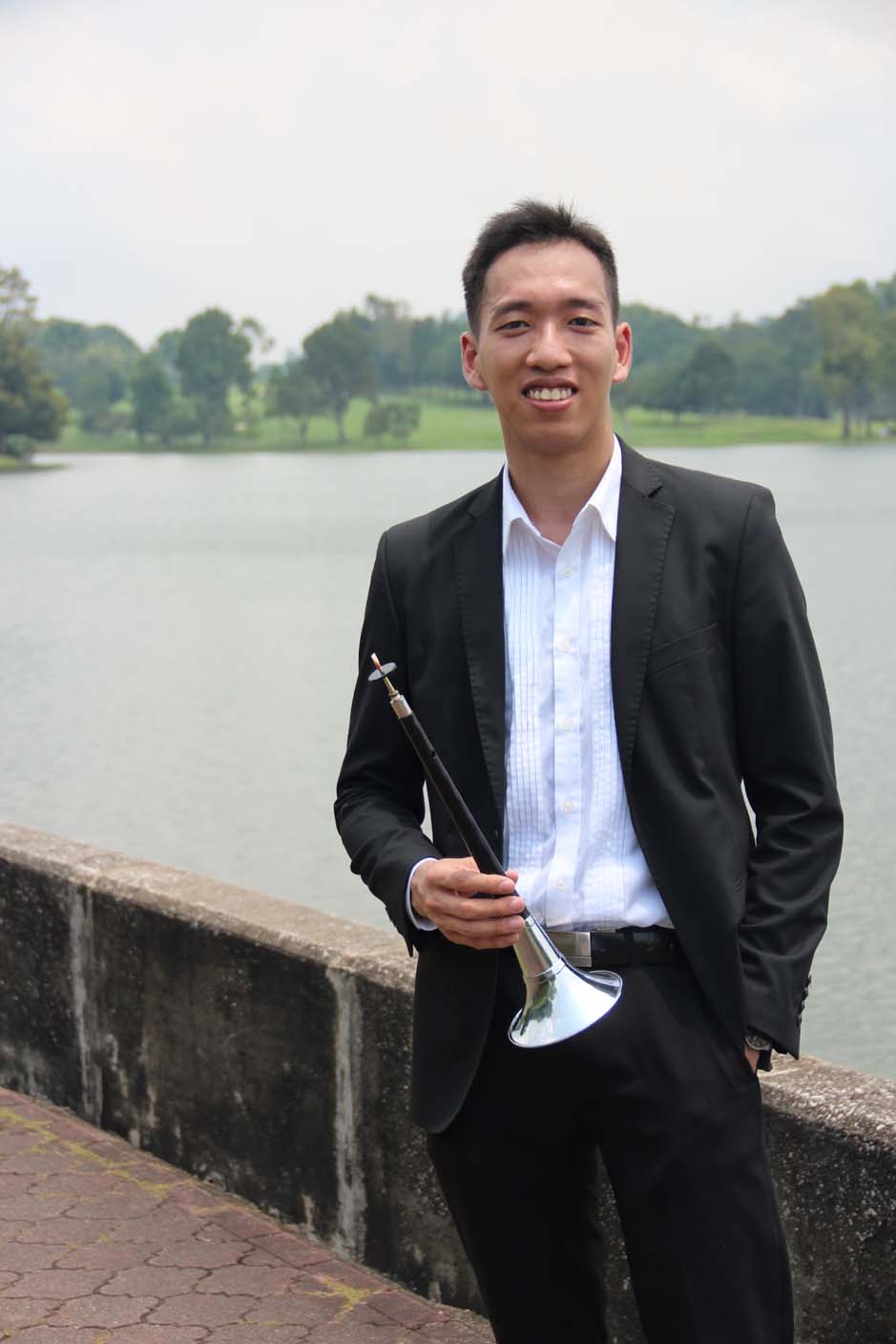 Wei Hong first began his musical journey when he joined his Primary School Chinese Orchestra at the age of 9. He was learning the Chinese Bamboo Flute (Dizi) from Mr. Er Chang Siong, before switching to the Suona at age 13, during his Secondary School years studying under Mr. Lee Kern Siang. Wei Hong then decided to go pro as he enrolled into the Nanyang Academy of Fine Arts (NAFA) Diploma in Music to study with Suona Maestro Mr. Ding Huai Cheng.

Through his years as a student, Wei Hong’s assiduous nature combined with his unique flair and aptitude for the Suona gained him countless opportunities to showcase his talent locally and on the worldwide stage.

Singapore Youth Chinese Orchestra (SYCO) and Arts Sphere Chamber Ensemble are but two of the many orchestras that sought Wei Hong’s striking splendour. He represented SYCO to perform for the Tainan International Chishi Arts Festival (Taiwan) and was the pioneer musician for Arts Sphere Chamber Ensemble when they won the first prize for the National Chinese Music Competition in 2008. He followed Arts Sphere to Wales a year later and won first prize for the Llangollen International Musical Eisteddfod. He was also Second Runner-Up for the Zhong Xin International Music Competition. "

Wei Hong was chosen to represent Singapore to perform in the ASEAN-Korea Traditional Orchestra and the Youth ASEAN Group Exchange, travelling across Korea, Thailand, Myanmar and China. He also toured in Malaysia, Taiwan, Hong Kong, Japan, Uzbekistan and England.

Wei Hong shares his love for Chinese music with a burning passion; he is a well-acclaimed educator and conductor in various schools where he serves as an inspirational figure and is widely loved by all. Among some of the schools that he taught at are National Junior College, Raffles Girls School, Greendale Secondary School, Chongfu School and Singapore University of Technology and Design. "

Wei Hong now serves as the Executive Director of Reverberance 回响, an all Singaporean professional Wind Percussion ensemble that comprises of the young and most talented individuals who shares a common love for music making in pursuit of the highest musical order." 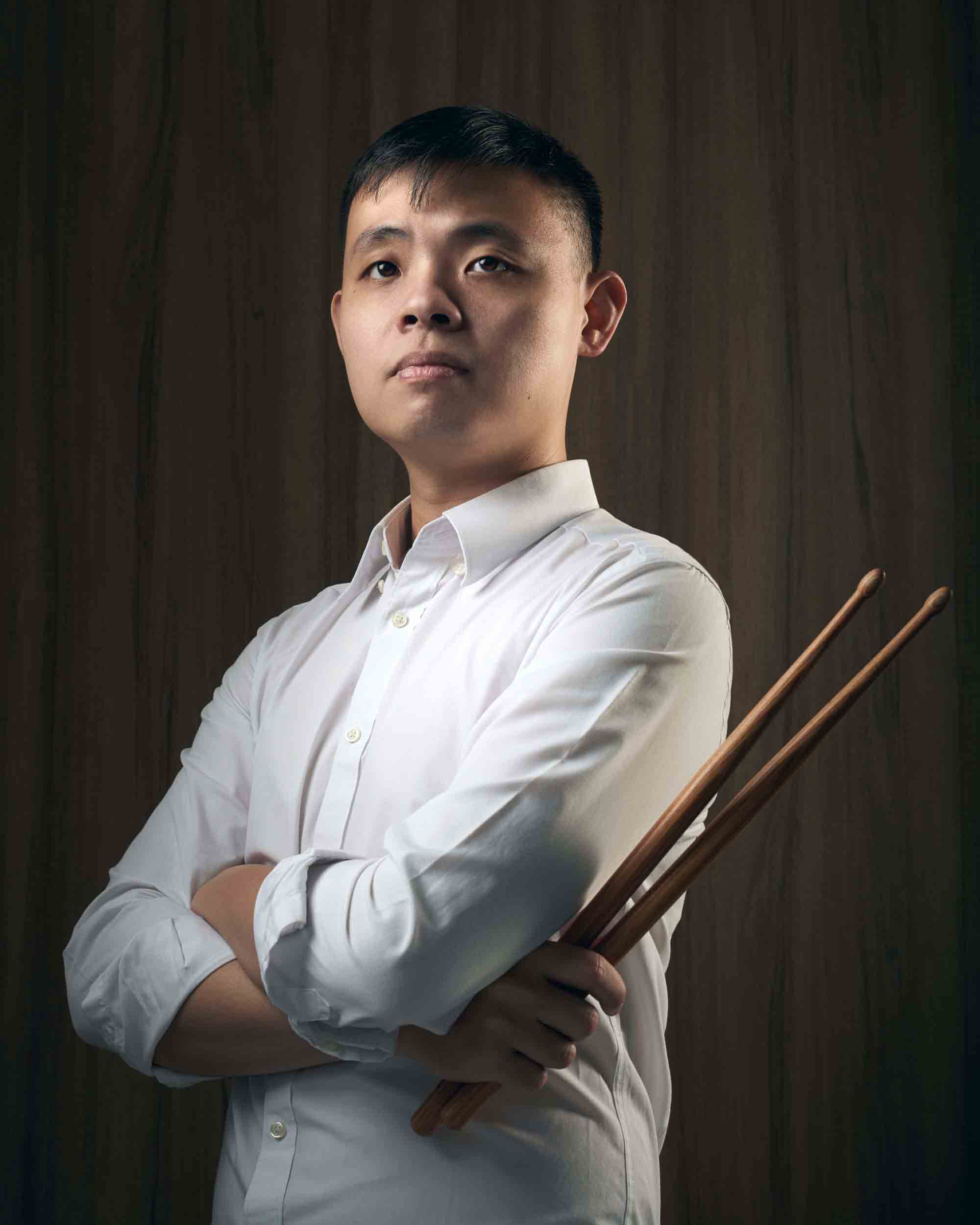 Benjamin Boo joined Singapore Chinese Orchestra (SCO) in March 2018 as a percussionist. He graduated from the Royal College of Music (London) (RCM) with a Masters of Performance (Distinction) in 2016, under the support of the Neville Wathen Award and the tutelage of renowned percussionists including David Hockings, She-e Wu, Matt Perry, and Ralph Salmins. His unique experiences in traditional Chinese Percussion also resulted in an opportunity to teach and perform traditional Chinese Percussion with RCM’s Percussion Department. While in London, he also performed with The Philharmonia, Royal Philharmonic Orchestra, the Musical “Motown”, and the BBC Symphony Orchestra, with exclusive training under the BBCSO Pathway Scheme 2014 – 2015.

Benjamin started learning music and Piano under the tutelage of his father and mother at the age of 3. He was first exposed to Chinese Percussion at the age of 9 when he joined his primary school’s Chinese Orchestra under the baton of his father. A year later, Benjamin began studying Chinese Percussion with Mr. Quek Ling Kiong, the current Associate Conductor of the Singapore Chinese Orchestra (SCO), for over a decade. Through Mr. Quek’s recommendation, Benjamin also picked up Western Percussion with Mr. Ngoh Kheng Seng (SCO) from 2004. In 2007, he enrolled in the Nanyang Academy of Fine Arts (NAFA) for Western Percussion on the National Arts Council (NAC) Georgette-Chen Bursaries Award. Under the tutelage of Mark Suter (Associate Principal, Percussion, SSO), Benjamin attained his Diploma in Music Performance in 2010. He then furthered his studies in Music Theory with Cultural Medallion Recipient, Mr Phoon Yew Tien. In 2014, Benjamin graduated with First-Class Honours for his Bachelor of Music (Hons) through the NAFA-RCM joint degree programme.

As an active and highly sought-after performer in Singapore, Benjamin had begun freelancing with the SCO as early as 2007, and with the Singapore Symphony Orchestra (SSO) in 2012. He was invited by the Arts Fission dance company to perform with them in Melbourne for the Mapping Melbourne Festival in 2016. In 2017, Benjamin was invited to tour Italy and Germany with his duet partner (The Untouchables) as a highlight feature of Zappanale #28, a Frank Zappa Music Festival. In 2019, Benjamin was invited with his colleagues from SCO, as well as local Chinese Instrumental Band “MUSA” to come together as a new ensemble “新月 MUSA” to represent Singapore in China’s major Chinese Instrumental talent show “国乐大典”. 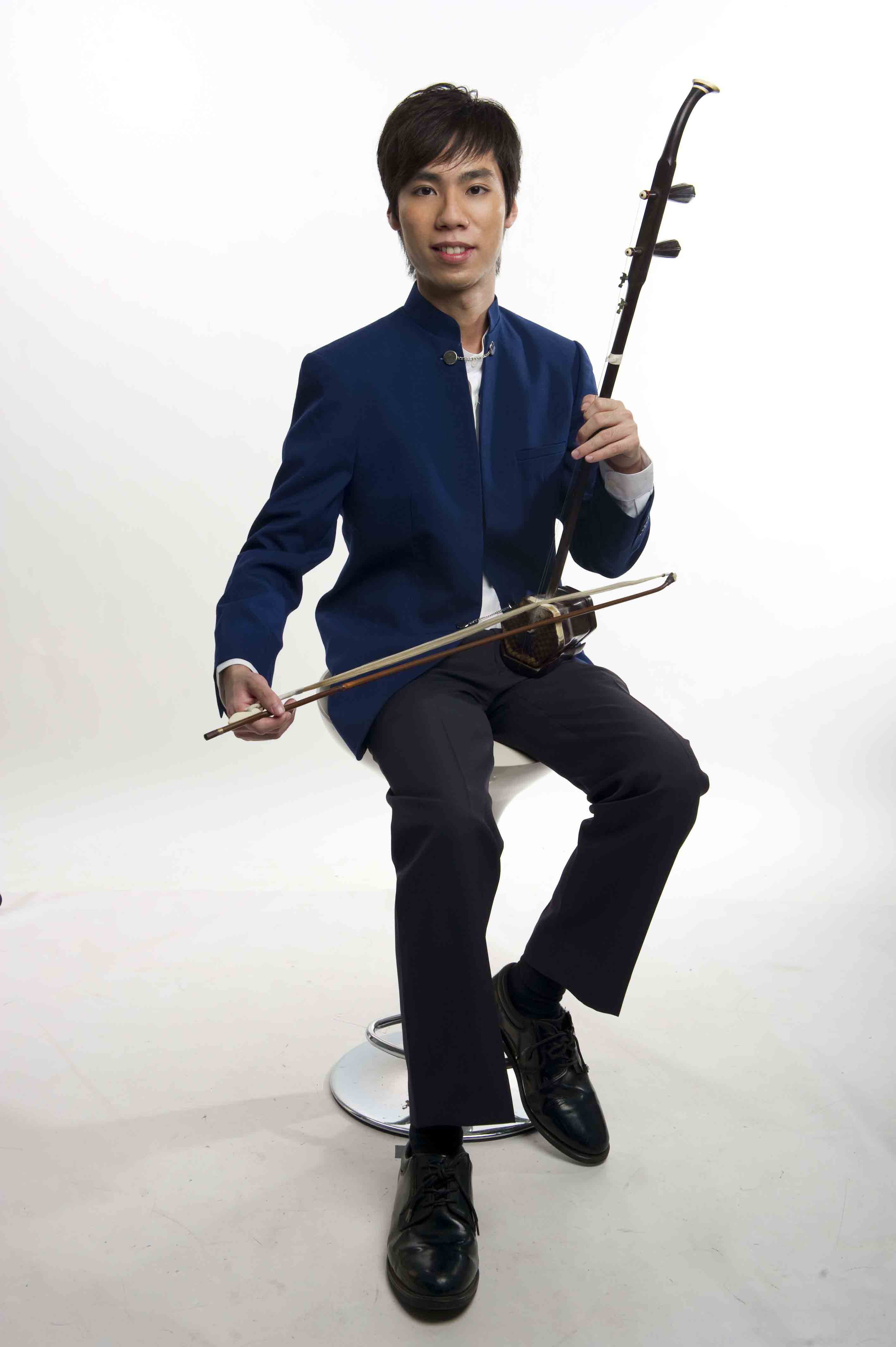 Kwuan Boon picked up the Erhu when he joined Raffles Institution Chinese Orchestra in 2002. Kwuan Boon held several key positions in many orchestras, such as bowed string sectional leader and concert master, and is one of the founders and the Quartet Master of the Chinese string quartet, Stringanza. He was also the Associate Principal for Bowed Strings Section for Ding Yi Music Company from 2010 to 2016, as well as a member of the SAF Music and Drama Company.

Under the tutelage of both Mr. Wong Sun Tat and Ms. Shen Qin, Kwuan Boon obtained his diploma in Erhu performance in 2007 and won the second prize in the biennial National Chinese Music Competition Erhu open category in 2010 and 2016. Currently, he has performed in more than 60 concerts, and has staged several solo and concerto performances with various orchestras. Notably, he staged his first recital together with two other musicians from Ding Yi Music Company in 2013 at the Esplanade Recital Studio. He has performed locally, as well as overseas in Taiwan, Hong Kong, Malaysia, Indonesia, China, Germany and Uzbekistan. 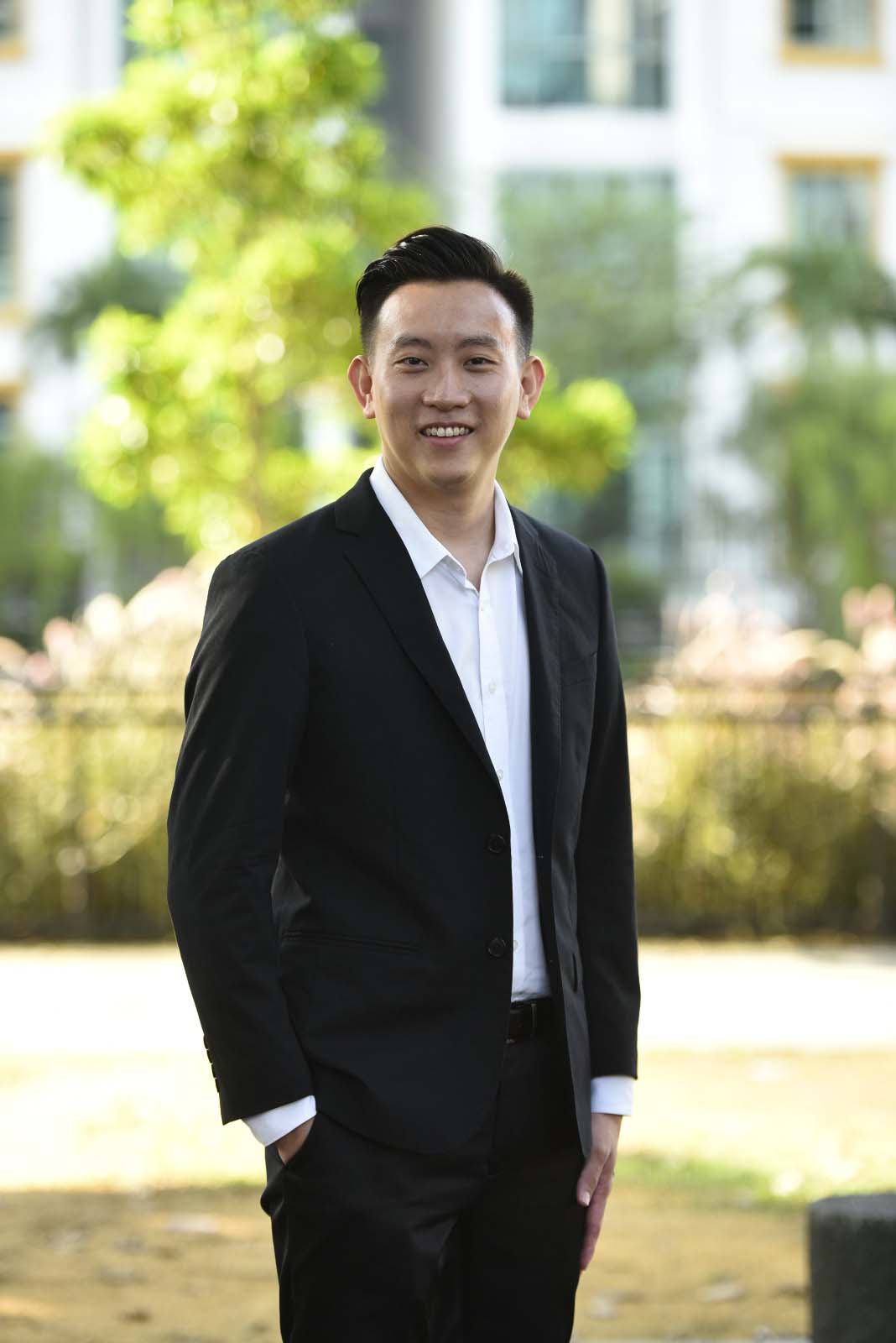 Andy started learning the dizi at the age of thirteen from dizi maestro Professor Zhan Yong Ming. Under the careful tutelage of Professor Zhan, Andy was awarded both as a soloist as well as an ensemble musician. He has extended his knowledge by teaching the young budding musicians and also senior citizens passionate about music. His patience in his teaching has allowed him to nurture many young talents. His numerous individual students have not let him down in their grading examinations, with all of them scoring merit and above.

Andy's love for music grew over the years, from learning the Dizi, to perform, to teach, to compose music. Andy started learning composition at the age of twenty-two from cultural medallion recipient Mr Law Wai Lun. Andy have World Premiere pieces such as Princess Santubong, The Legend of Kusu, Colours of a little red dot, Water Lily, Piper's Journey, Village of Stars and Winds of Sahara. He spends his free time learning the Ukulele and extending his knowledge of music theory. He also participates as the treasurer of the Singapore Dizi Society. Besides devoting his time to music, Andy's favourite hobby is bowling.

Andy founded SUTD Chinese Orchestra (SUTDCO) in 2015 with the vision to promote the appreciation of Chinese music and bring people together through music. Since its inception, the EXCO members of the orchestra have been actively running the Fifth Row.